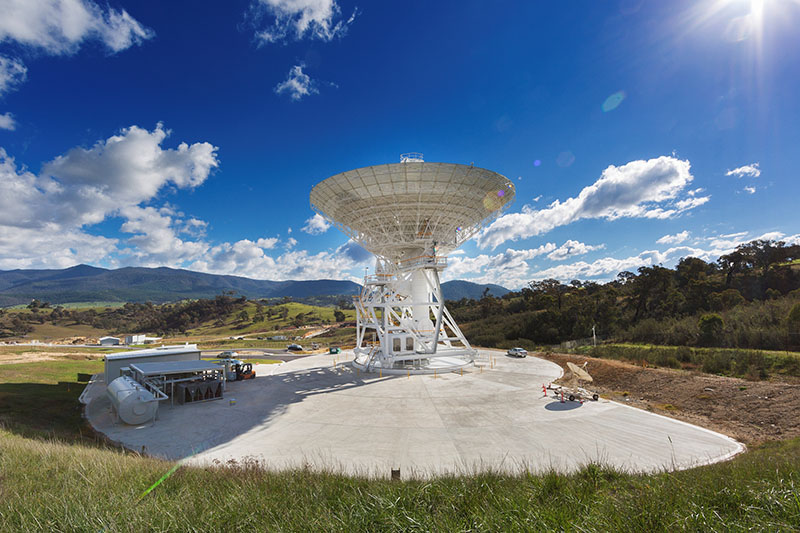 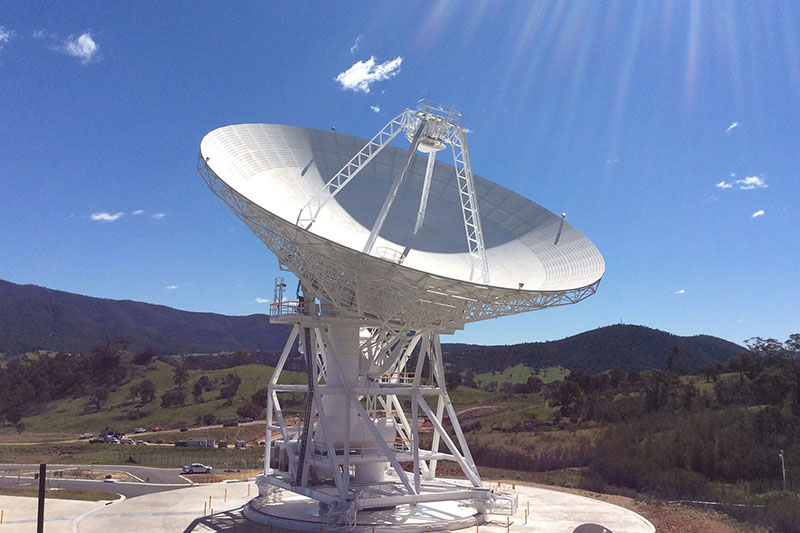 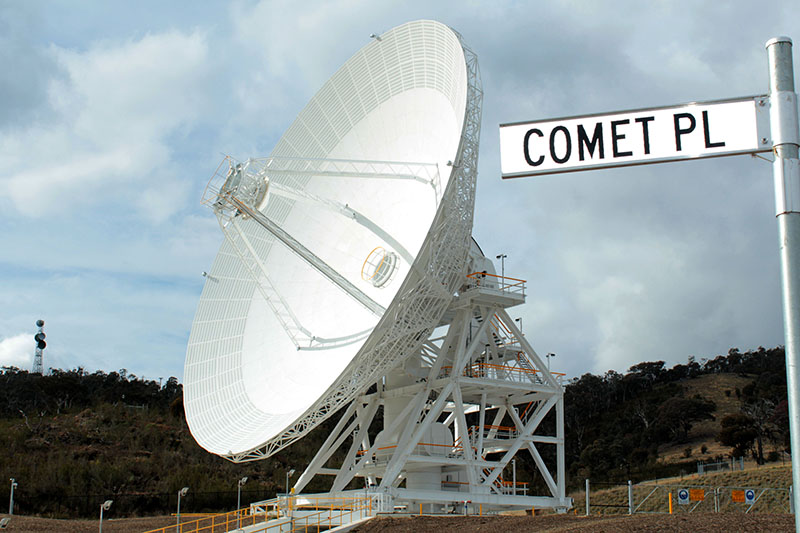 Deep Space Station 35 (DSS-35) was built from 2010 to 2014, as part of the Deep Space Network's Aperture Enhancement Program (DAEP), coming into official service on 1 October, 2014. It was officially opened on 24 February, 2015. DSS-35 was the first of several new dishes being constructed throughout the Deep Space Network to provide additional communication resources to handle the expected growth in deep space missions being conducted by the space agencies of many nations.

The antenna is very similar in structure to DSS-45, however the transmission and reception equipment is located underground rather than in the centre of the dish. The radio signal is guided from the subreflector through a hole in the surface of the dish and on to the receiving equipment via a system of reflecting mirrors inside a large tube. The reverse process allows transmission. This design is called 'Beam Wave Guide'.

Locating the transmission and reception equipment underground reduces the weight on the dish, minimising the strain on the antenna structure, and also further isolates the electronics from radio noise. An added advantage of the Beam Wave Guide antenna design is that the receiving and transmitting equipment does not tip with the dish.

The design uses 'night sky cooling' to cool the transmitter. Generated heat is dissipated into the concrete slab surrounding the antenna. At night, when the temperature is generally cooler, the heat from the slab is released to the atmosphere.

Find more photos of Deep Space Station 35 in our Gallery.